PENNVILLE CUSTOM CABINETRY and OUR ENVIRONMENT

Pennville Custom Cabinetry, like most real corporate citizens, is concerned about the future of our children and their environment.

The United States is the only nation in the world that flushes perfectly drinkable water down the toilet, which is unconscionable if you’ve ever seen a village without clean water.

However, as capitalists pan for gold in the green rush, there is often a paradox between what is being sold as helping our environment and the actual consequences that occur.

For millenniums cabinetmaking has been one of the greenest manufacturing jobs on the planet.  Think about it:

1. Wood is a renewable resource in an industry that grows 3 times as many board feet as it harvests.

2. Quality woodworking was traditionally handcrafted by an artisan who expected it to last centuries.

3. Cabinetmakers of the past typically used trees from nearby, and made pieces from start to finish in one location, so very little fuel was used in transportation.

4. Because furniture was delivered in blankets, very little packaging polluted landfills after it was delivered.  Most of the waste was recycled (before recycling was even a word).

Then, all of a sudden some of our industry began to violate the trust woodworkers had earned over thousands of years as they pursued lower costs at the expense of quality:

1. Some manufacturers began to use inferior materials - inlcuding Chinese plywood which was of poor quality, shipped across oceans, and made using chemicals which were known to be harmful to the human body.

2. Many furniture makers found that it was less expensive to buy their components than it was to make them in their own facility.  These parts were wrapped in multiple layers of packaging that would be sent to landfills immediately after opening.  Drawer boxes would now come from one location, doors from another, turnings from another, and moldings from yet another location.  This increased the carbon footprint of manufacturing furniture and cabinets exponentially.

3. As transportation cost were reduced, it was often cost efficient to ship either assembled or knock-down furniture built by repressed workers in third world countries across oceans while a formerly dignified industry of skilled American woodworkers was sent to the unemployment office.

And, as consumers became concerned about our environment, manufacturers of virtually every kind of product tried to eliminate certain environmental problems while creating others.  For instance, although waterborne finishes use less oil to manufacture, the durability of the finish is often decreased substantially.

Multiple certifications were created that allowed exotic woods from thousands of miles away to be FSC Certified® even though built-in furniture handcrafted from the tree in your back yard does not qualify to be used in green construction.  These green certifications continue to be more about a chain of custody in which every level pays the certification committees than they are about anything that has to do with our environment.

Pennville believes the “Green Movement” is important and should not be tainted by those trying to exploit the public by selling promises that have nothing to do with helping our environment.

When a customer asks me if Pennville has any green product, instead of reciting some meaningless certification, I tell them about the history of woodworking, and I let them know that we are working towards being as green as the cabinetmakers whose work inspired us in the first place. 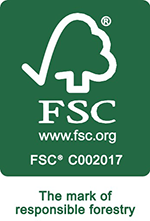 this content item is from Pennville Cabinetry from the Heart of America
( http://pennvillecabinetry.com/plugins/content/content.php?content.8 )